The big red laser cutter in sudo room is some no-name model. It uses a Ruida 644XG control board and LightBurn can speak to it (we were running LightBurn 0.9.24 earlier but the 30 day trial expired).

The Melbourne Makerspace has the same laser and have a nicely written wiki page on it.

As mentioned, RDWorks can also be used. We haven't tried it yet but it seems it's a free download from here.

Some of the software (downloaded from the above link) is on the hard drive of wasp.local which is a desktop computer under the 3D printer desk, in a folder called ~/laser-backup/

The above software has also been downloaded and stored here

it was setup with an IP address of 100.64.64.69 (by pressing buttons through the menu) but it had no ports open and then we just switched over to USB to the computer and it was working fine. The same software might work over ethernet but we didn't try.

Stuff made on the big red laser cutter

Stuff seen around the space 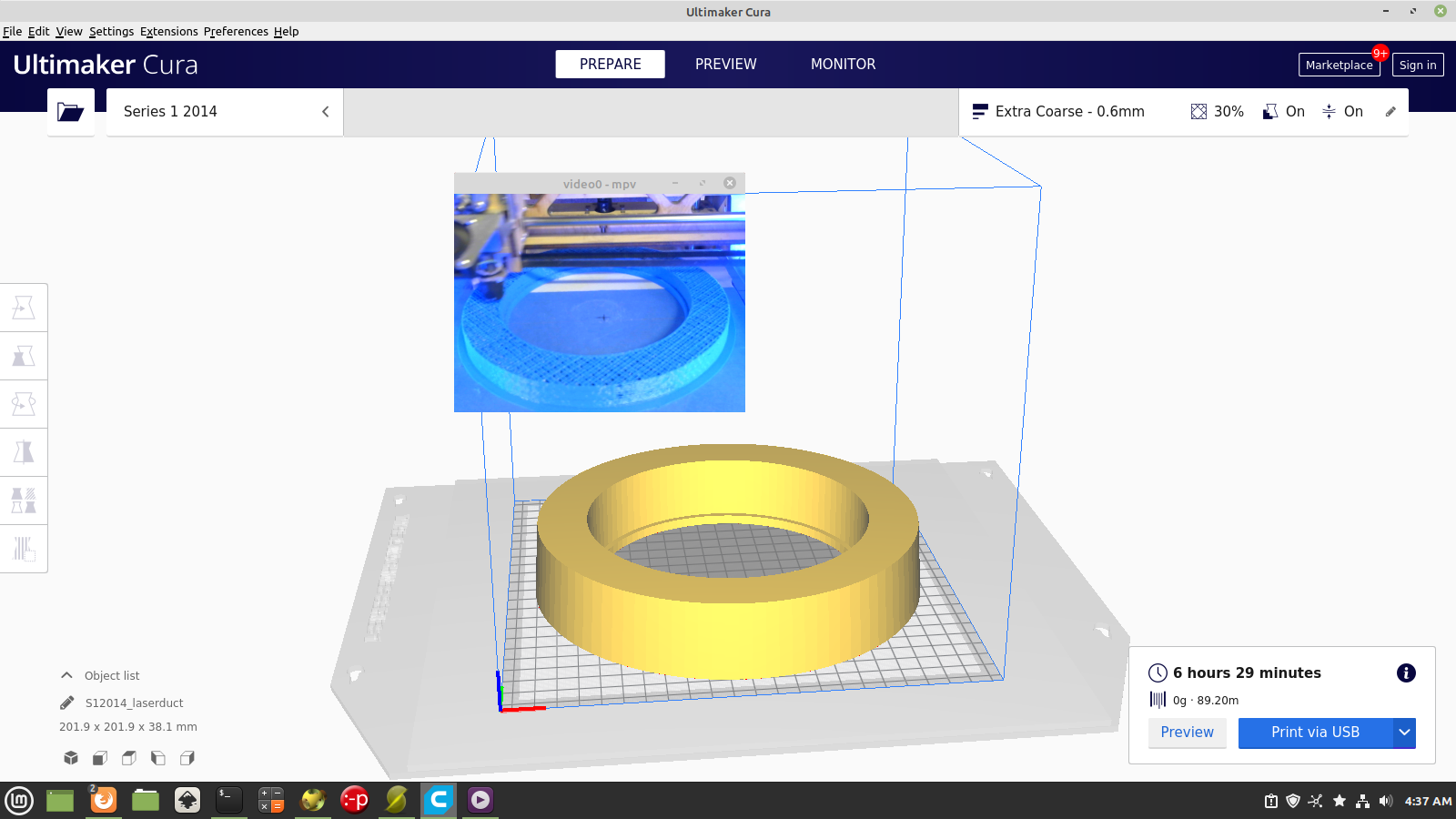 Also the duct/roof interface was improved and a new stand was made for the extractor fan. Yay for milkcrates! 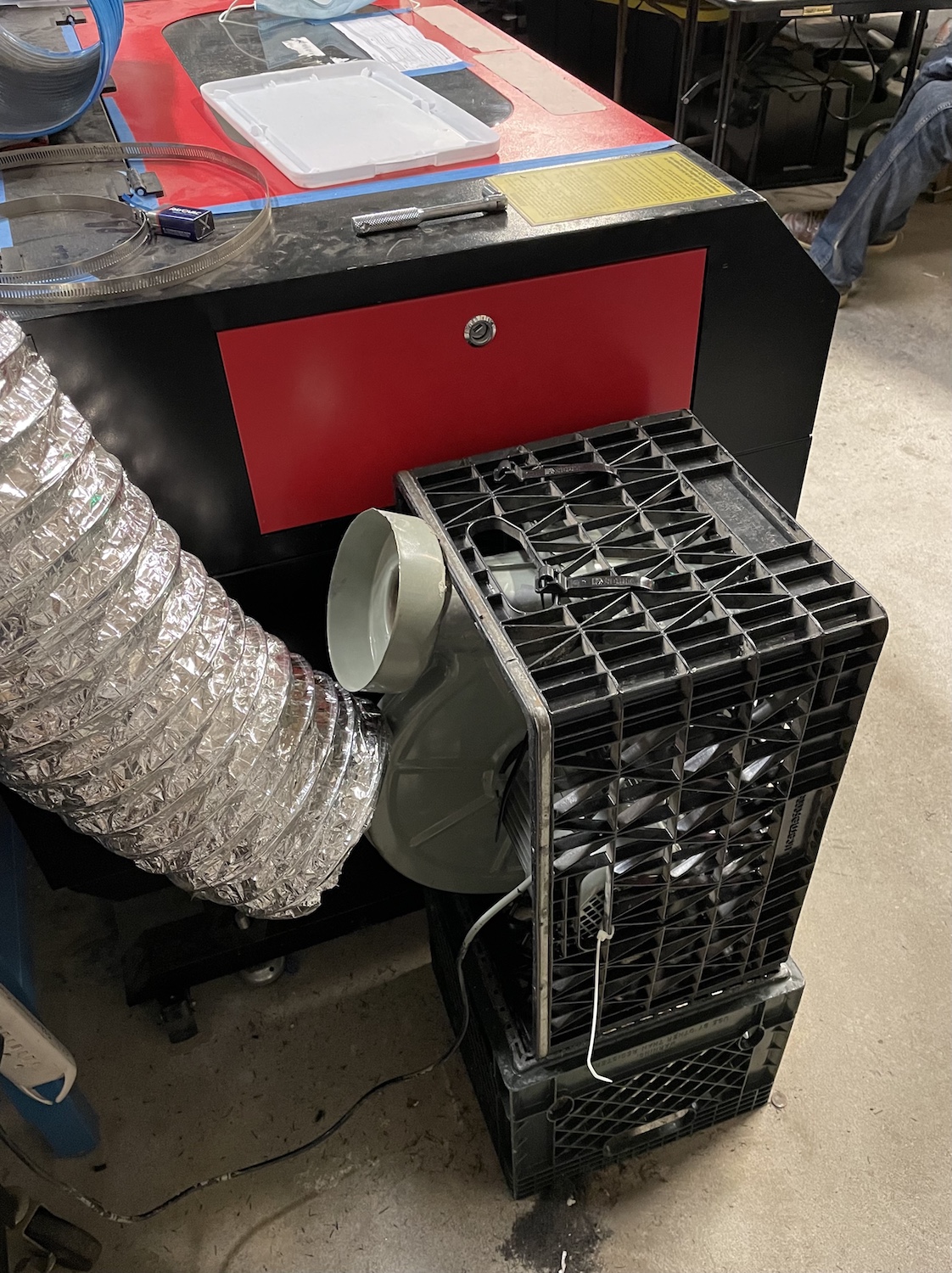 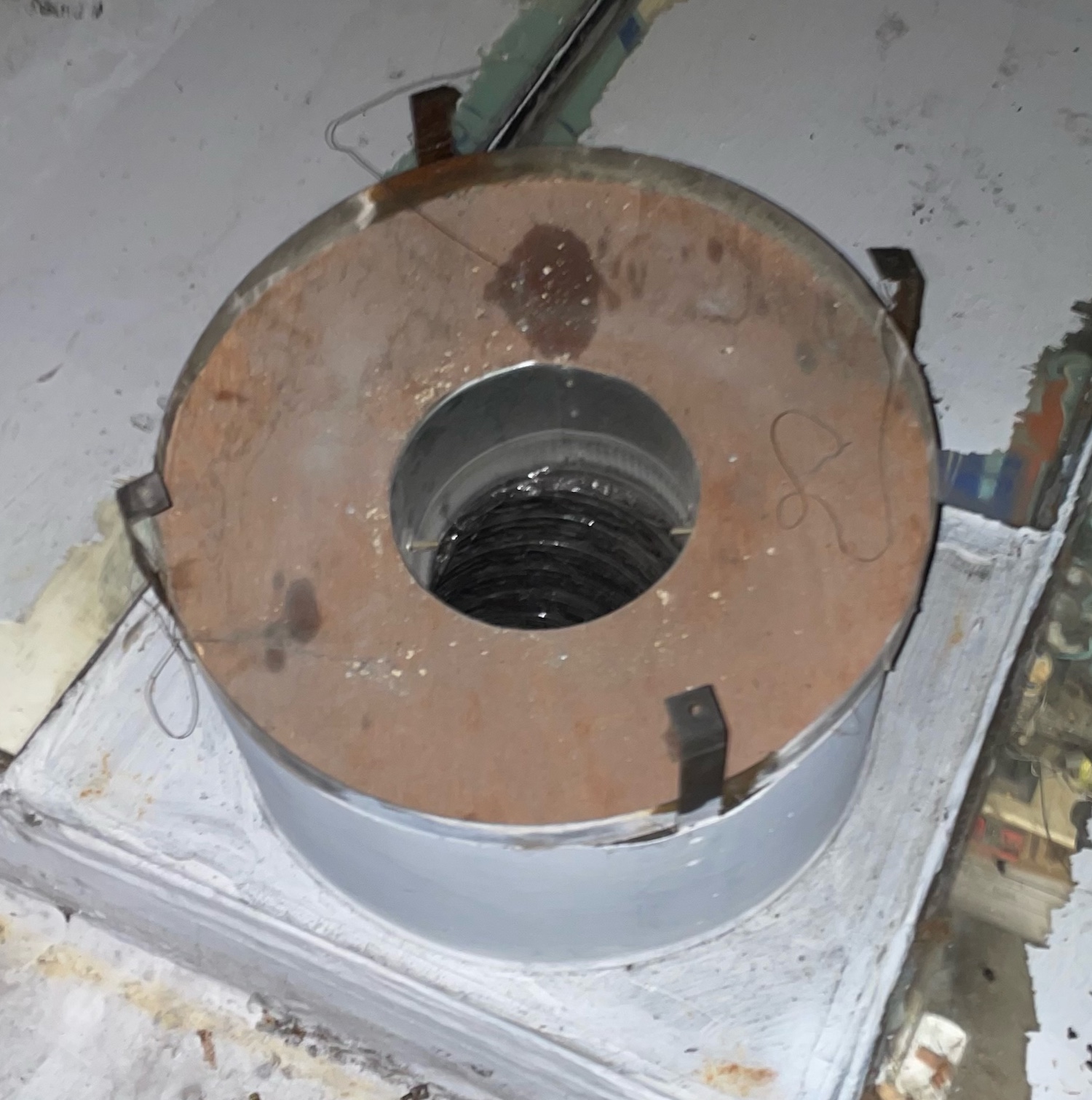