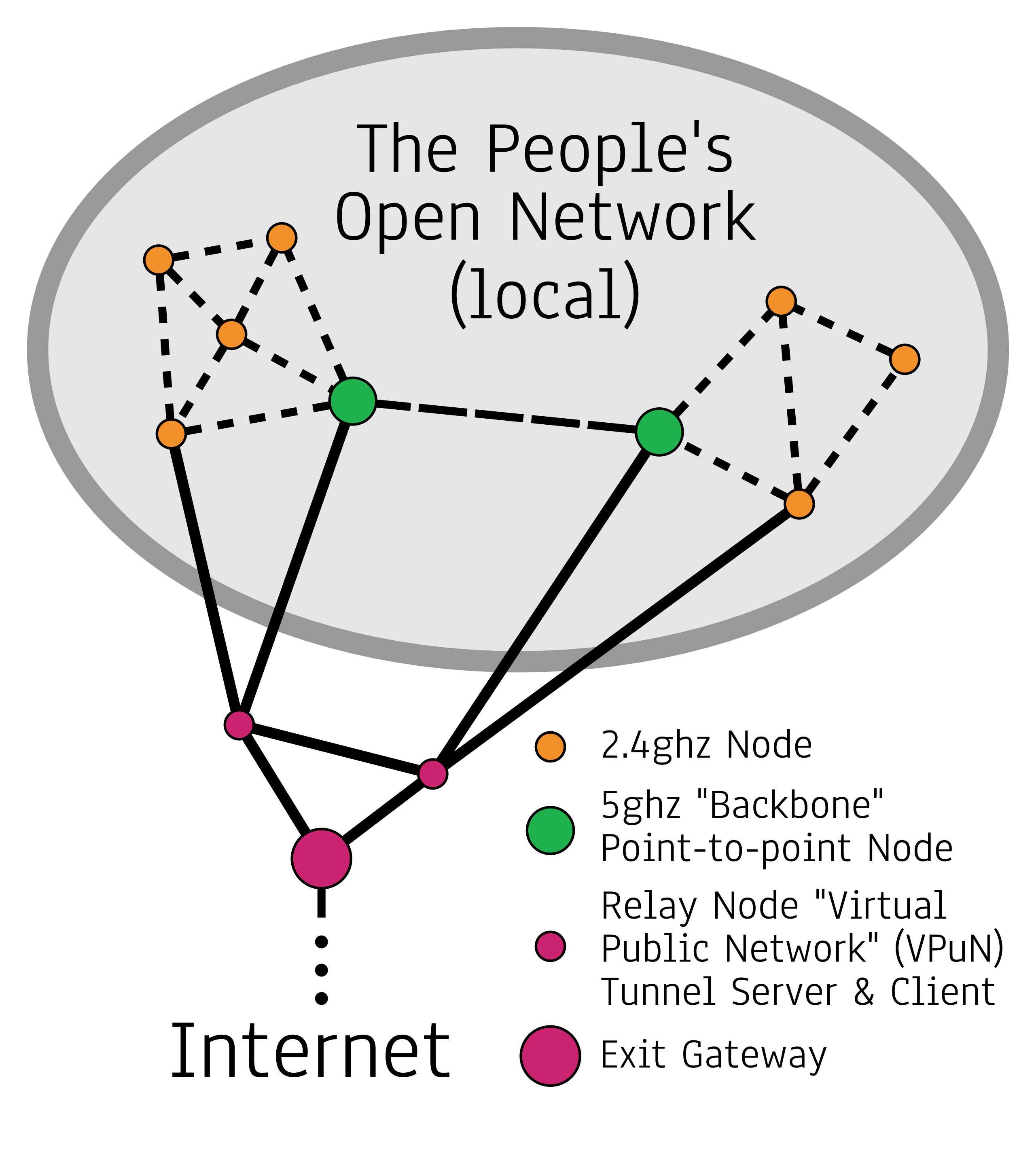 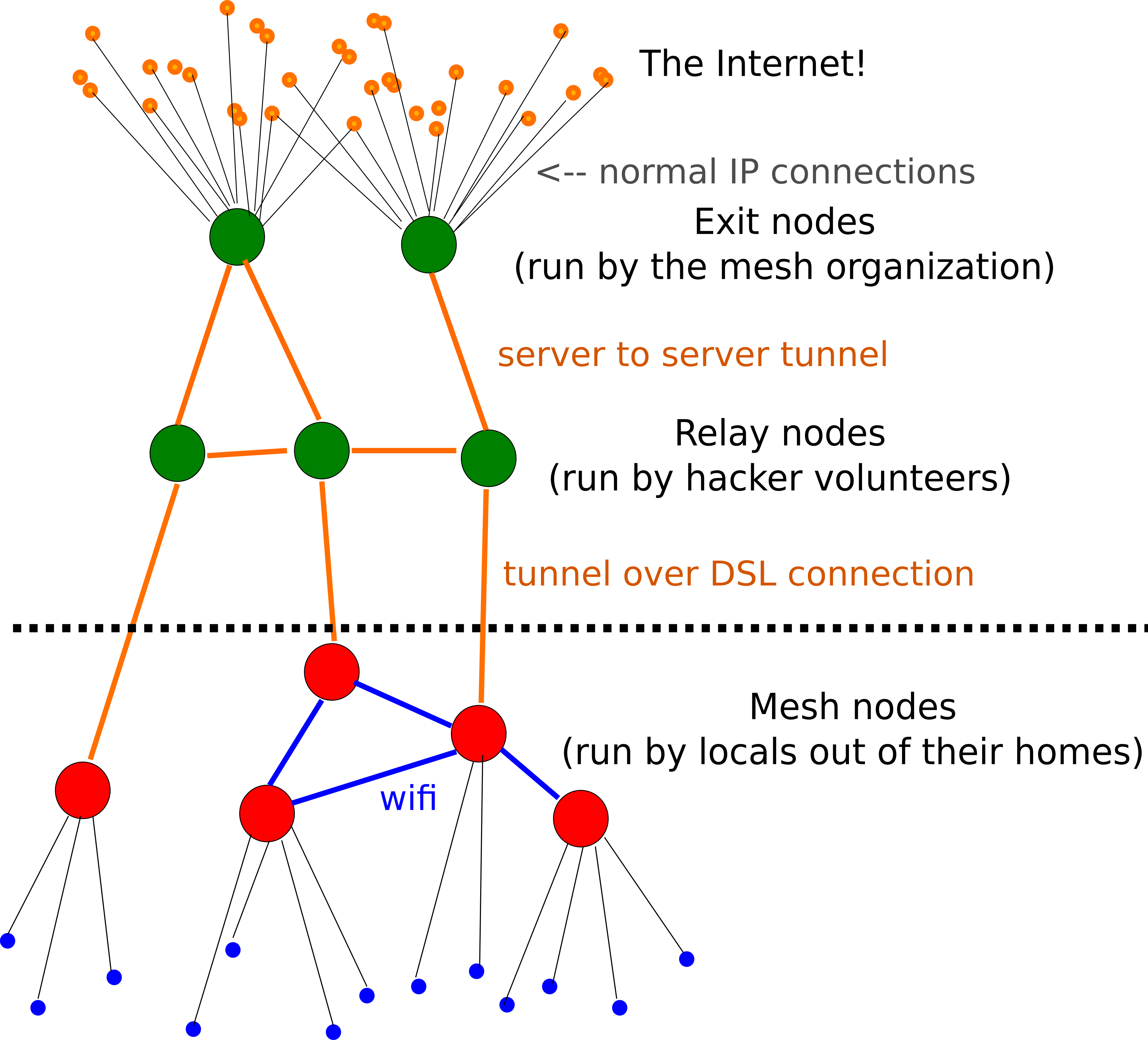 We use 2.4 ghz 802.11g or 802.11n wifi gear with omni or semi-directional antennas to provide connectivity to devices such as laptops and smartphones at street level and within buildings. We are currently using mostly Ubiquiti Picostation 2 HP and Ubiquiti Bullet 2 HP routers for the outdoors. For the indoors we will likely use TP-Link TL-WR703N routers.

Some are rooftop backbone nodes and some are street-level or in-home nodes.

These run the meshing protocol. Mesh nodes are connected with L2TP tunnels to them.

Both relays and exit nodes serve as a layer of protection between people sharing their internet connections with the mesh.

Until network has an AS, only one exit node should be made and multiple relay nodes should connect to that exit node (Tunneldigger software can be reused for that). Otherwise clients can have issues when routing protocol decides to move from one exit node to another. But it is true that batman-adv has some protection against that, so that once a client decides for a gateway, it should be more or less sticky, no?
It is important that nodes are connecting to relays and relays to exit nodes and that no IPs of those connecting to relays and exit nodes is stored.