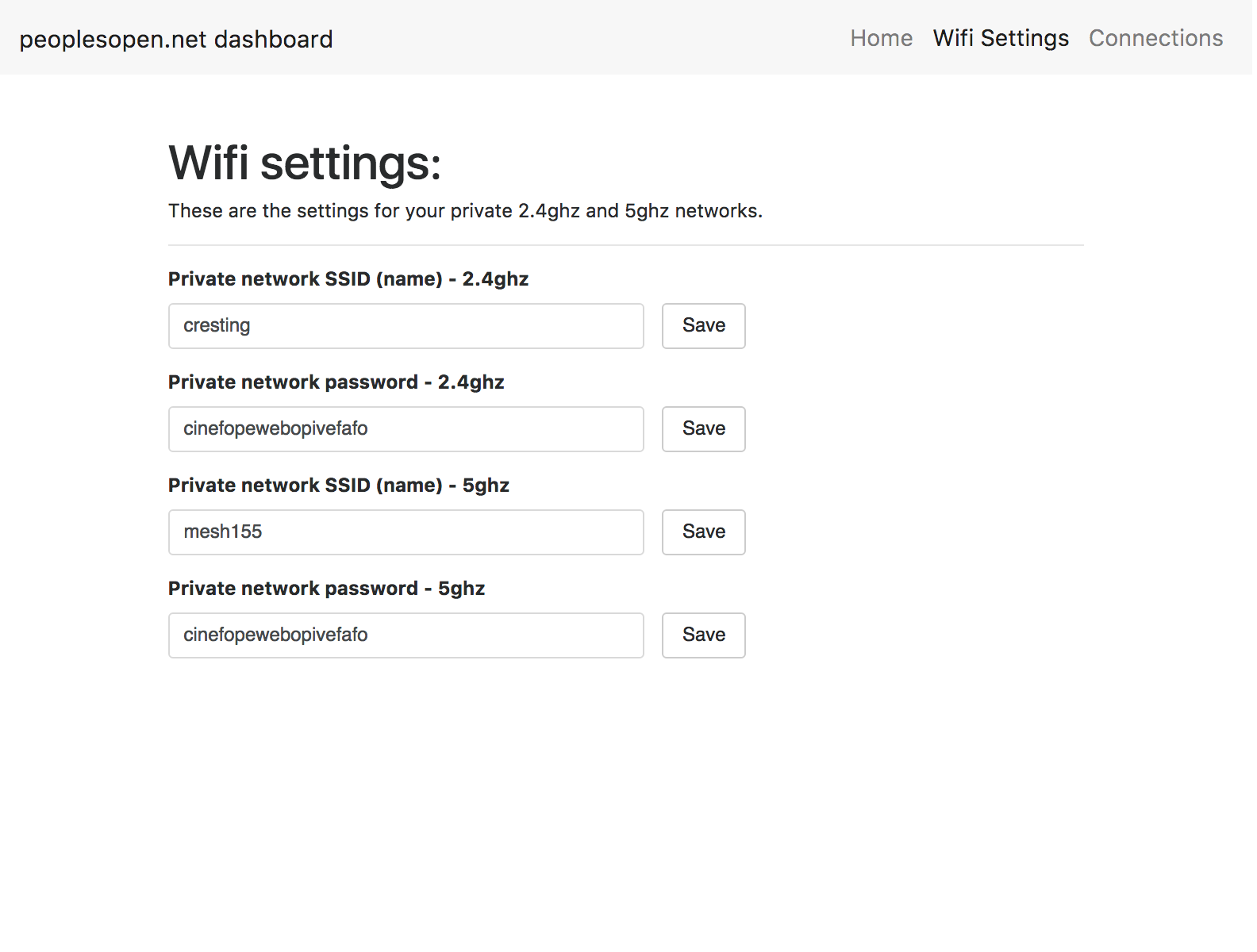 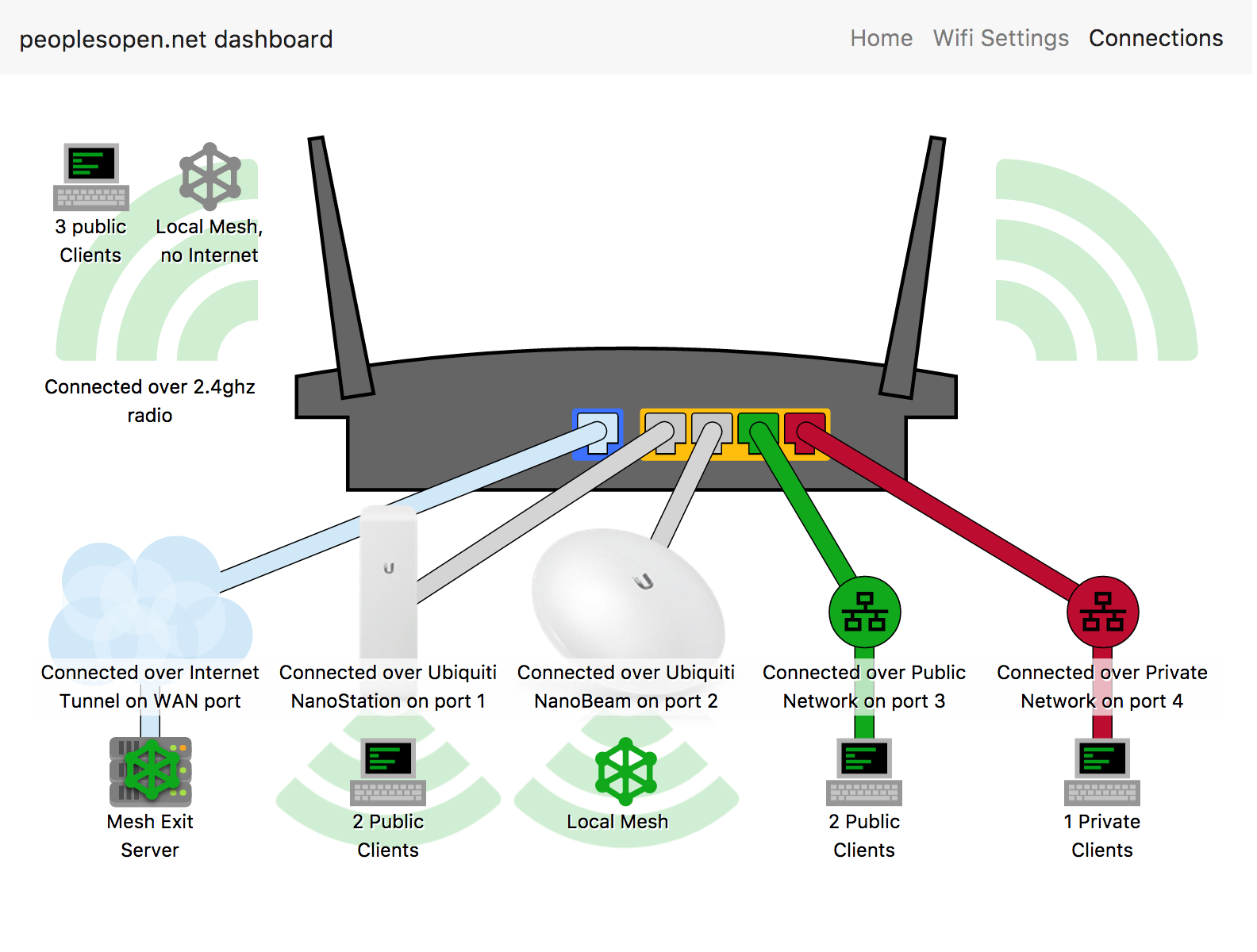 You can also SSH into the node as root using the password 'meshtheplanet' after connecting to the router either via the private SSID 'pplsopen-admin' (password 'meshtheworld') or by connecting an ethernet cable from your laptop to port 3 on the node: 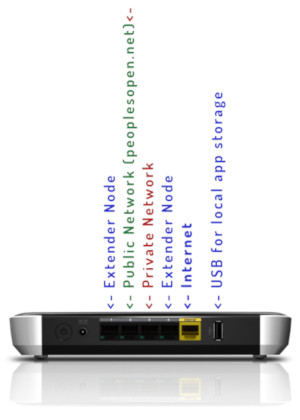 Unless you installed release 0.3.0 for myNet N600 routers which autoconfigures, you will now need to use makenode (instructions further down) after flashing the sudowrt-firmware to your router to configure it to work on People's Open Network.