There are many creative ways to make SudoRoom t-shirts.

"Forking" the SudoRoom cube and everyone creating their own design is pretty cool. It reflects the decentralized nature of SudoRoom.

Methods to the Madness

Stencils are the quickest, cheapest option. We can also stencil on used t-shirts as well as dresses, monitors, etc. We are planning on having a SudoRoom t-shirt party sometime in january 2014. 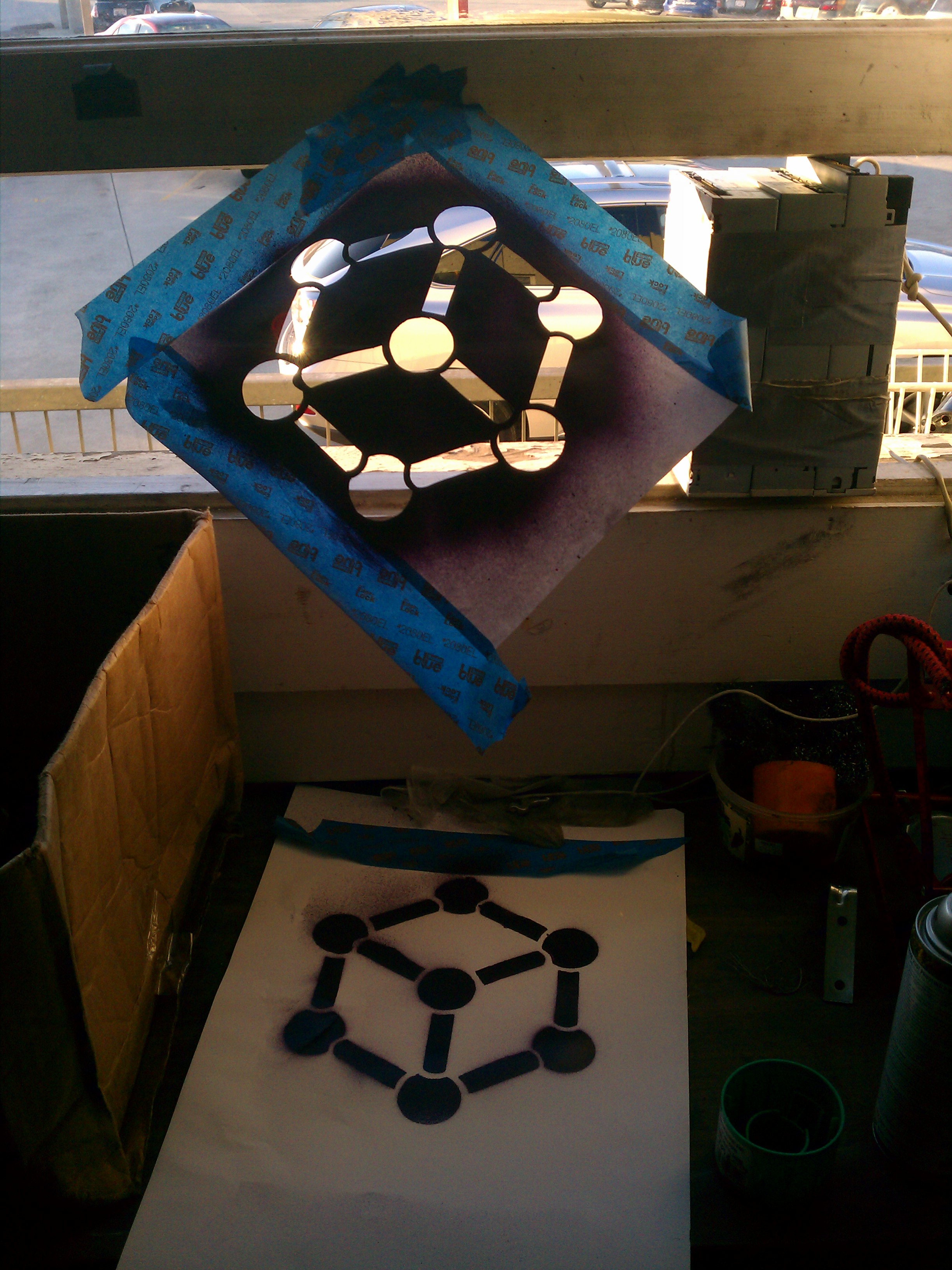 On Demand is available at various private companies.

Here is one. I'm testing these designs. They're good for test runs, trying out new color designs quickly, etc. 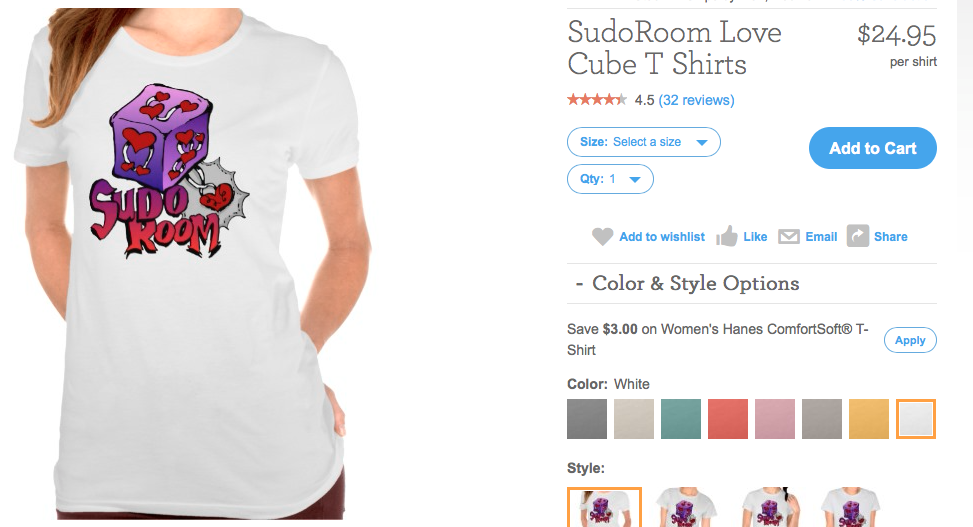 There are many people in the community with SilkScreen shops. We can speak to Rock Paper Scissors collective down the street.