Hi everyone! This event will now be LIVESTREAMED!

Check back here at 7pm Fri. PST for the livestream URL/link: 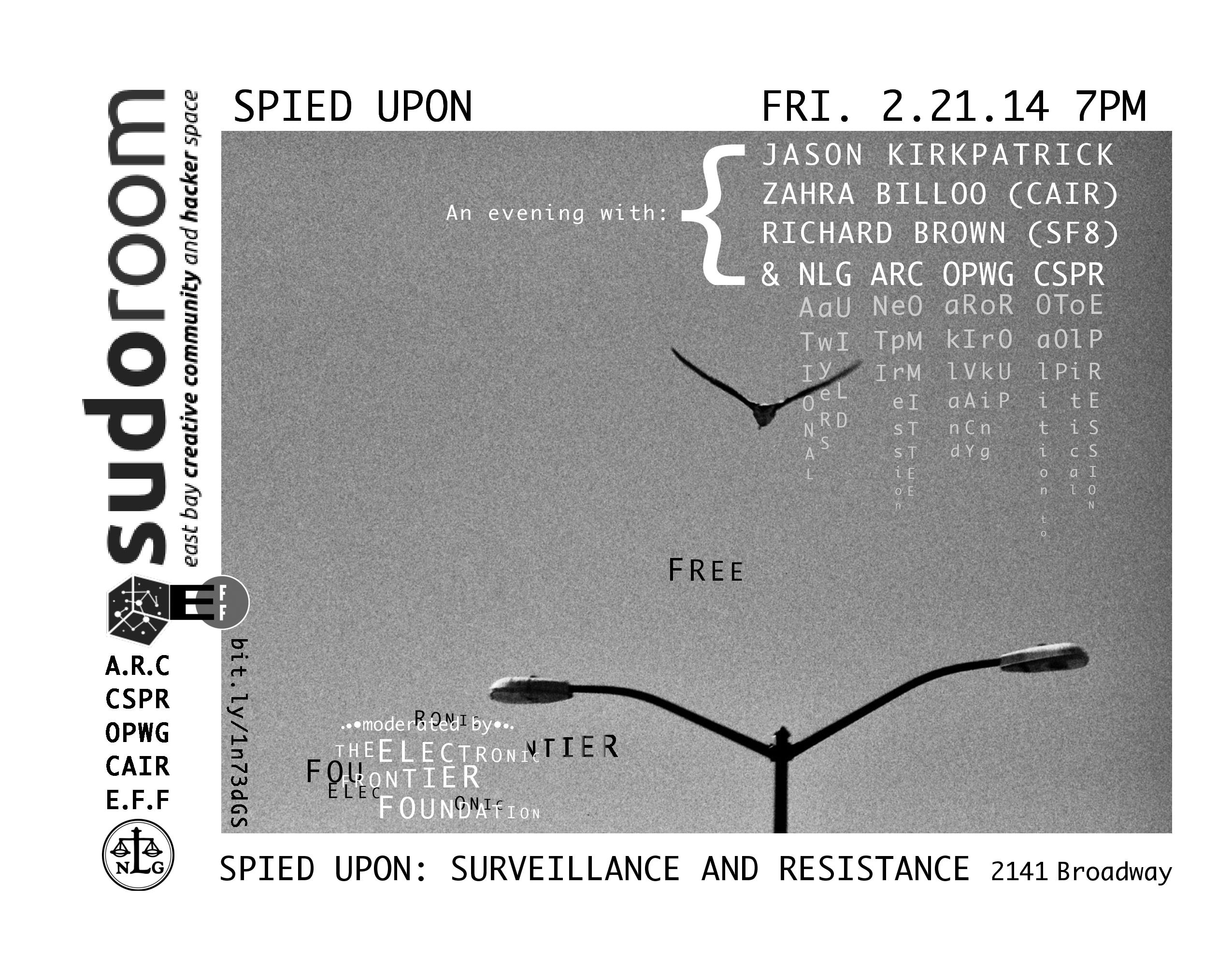 Between the ever-present fear of informants to the profusion of metadata collection and the construction of the Domain Awareness Center (DAC) in Oakland, the growing problem of surveillance has made it into the mainstream dialogue, but the people and communities most affected are sometimes being left out of the conversation.

Join us for an evening of ideas, discussion and your questions about solidarity in the face of this intimidation. How do we support one another and our movements when being targeted by police, surveillance and informants? What are the legal, community and political responses that can best keep the larger “us” safe and allow our movements to flourish?

– SPEAKERS –
Jason Kirkpatrick, filmmaker and activist, will show clips of and discuss his upcoming film, Spied Upon. Interviewing activists across the world and telling his own personal story, Jason will take us on a journey into one of Europe’s biggest political surveillance scandals, documenting growing movements of resistance to surveillance along the way.

Zahra Billoo, Civil rights attorney and Executive Director at the Bay Area Council on American-Islamic Relations (CAIR), speaks on the use of informants in a post-9/11 context, their impact, the community’s resistance and lessons learned.

Richard Brown, Black Panther and member of the SF8, will share his history with undercover police and surveillance, imparting the ‘long view’ of solidarity learned from a lifetime of activism.

…moderated by Nadia Kayyali of the Electronic Frontier Foundation (EFF)!

All donations gratefully received will go to the Bay Area Anti-Repression Committee and the Legal Workers at the Bay Area chapter of the NLG – two groups long supporting the Bay Area radical community with legal and educational assistance. Thank you!