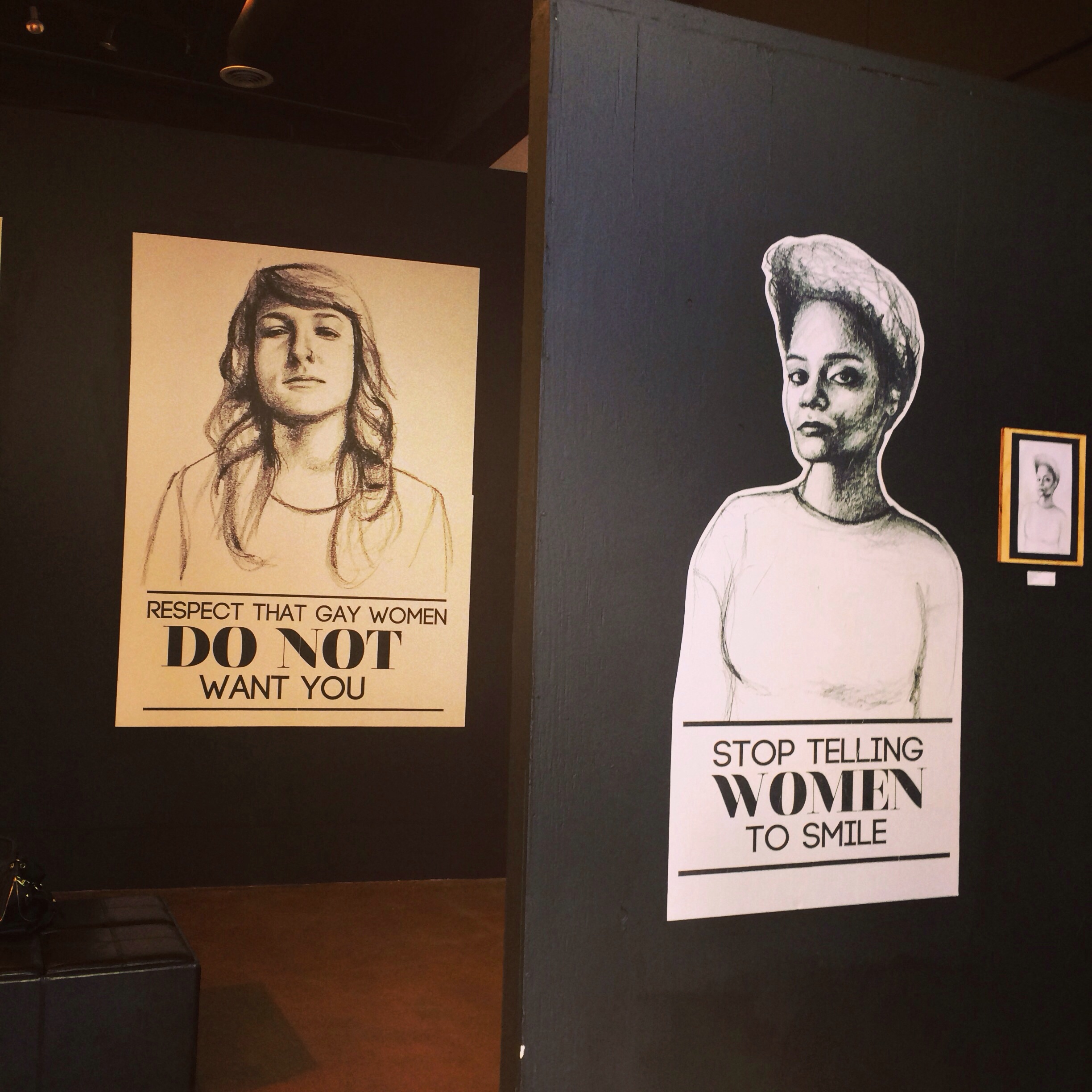 This special ticket includes admission to both the Artist talk + #GOODCOMPANY mixer. Join artist Tatyana Fazlalizadeh +special guests in conversation about their work and role as women in the street art movement. After the Women In Street Art artist talk, join us stick around for the launch of #GOODCOMPANY a 3rd Thursday networking mixer/social for artists, creative types and the people who love them! Hosted by Crillmatic + friends .

Stop Telling Women To Smile (STWTS) is a public art project and exhibition that addresses gender based street harassment created by Brooklyn, NY based artist Tatyana Fazlalizadeh. STWTS features hand-drawn portraits of women who have told their stories of harassment that are transformed into large-scale posters and wheat pasted on outdoor walls, placing the images and voices of women in public space. The project was designed to examine the affects of street harassment as experienced by women across the country, with city-specific renditions used as the vehicle through which the issues falling under the umbrella of street harassment can be presented in the communities where local women experience them.

Fazlalizadeh will be working as Artist In Residence at Betti Ono from February 19-28, 2014, leading group discussions and workshops about gender based street  harassment. During the workshops and group discussions the artist will meet and photograph local women, collect their stories, and then portray their experiences with street harassment on Bay Area-specific posters that will be installed in public spaces. The resulting exhibition will feature new, site-specific work along with existing STWTS posters and oil paintings related to the project.

Tatyana Fazlalizadeh is a Brooklyn based oil painter/illustrator whose work focuses on portraiture
and social/political themes. An Oklahoma City native, she exhibits her paintings in galleries
nationally, while completing illustration commissions for magazines, films, and books.

Women & Street Art: a Conversation – My Art My Culture