We celebrated our first installment of the SudoRoom Snake Party, running the event right after the First Friday Oakland Art Murmur ended at nine o’clock.

The whole event was extremely collaborative, with creative spaces set up around the main room of SudoRoom. People donated art supplies, brought sewing machines so it felt like we were in creation Disneyland.

Big areas full of people painting on vinyl records, drum sets set up for jazz musician encounters, Elle Seven’s Ride World Wide played continuously, people drew wacky comics on large rolls of paper, free food donated, much drinking of SudoMate, and there were many cool conversations and connections all at once. The only thing missing was soldering stations–maybe we’ll throw that in again next time!

We plan to continue the Snake parties at the end of every Oakland Art Murmur.

See you at the next one in February 7, 2014 and contact us if you are interested in performing.

Elle Seven was visiting from Mississippi where she works at a historically black university. She’s bringing hackerspaces and art walks back so that people at Alcorn can create their own creative events in their unique Southern way! We asked around the SudoRoom hackerspace for advice on creating makerspaces in Mississippi and four or five people replied with offers to help within an hour. Very rad! 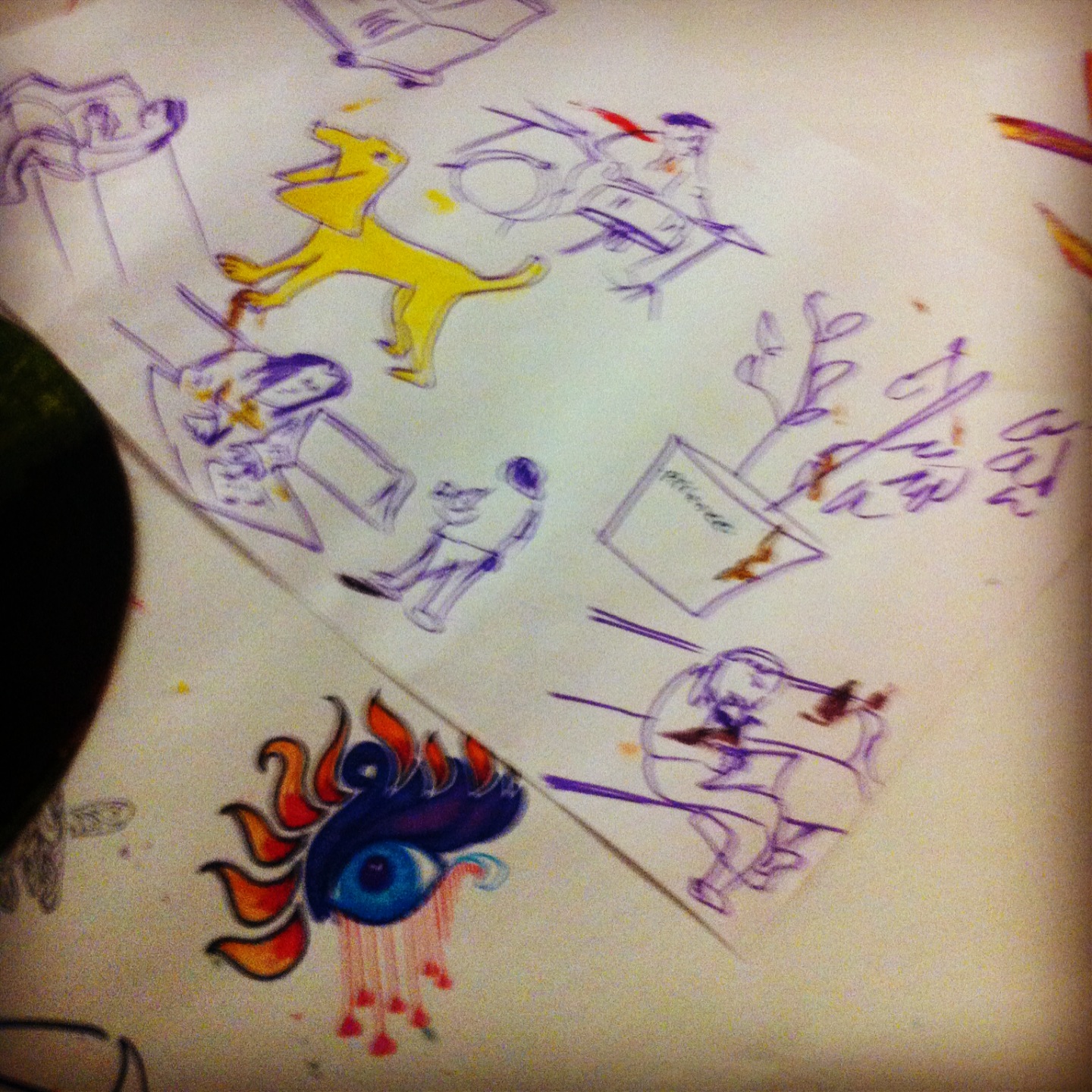 During the entire time we played Elle Seven’s Ride Senegal skate video. She went to Africa to help show the world how cool the Senegalese skate scene is and help build a skatepark.